The ferry arrived on a clear but cold Saturday morning in Olbia, on the North East coast of Sardinia. We chose to cycle south on the east side of the island which, although tougher, promised a more dramatic landscape with high mountains, rugged coastlines, hidden coves and crystal clear waters. 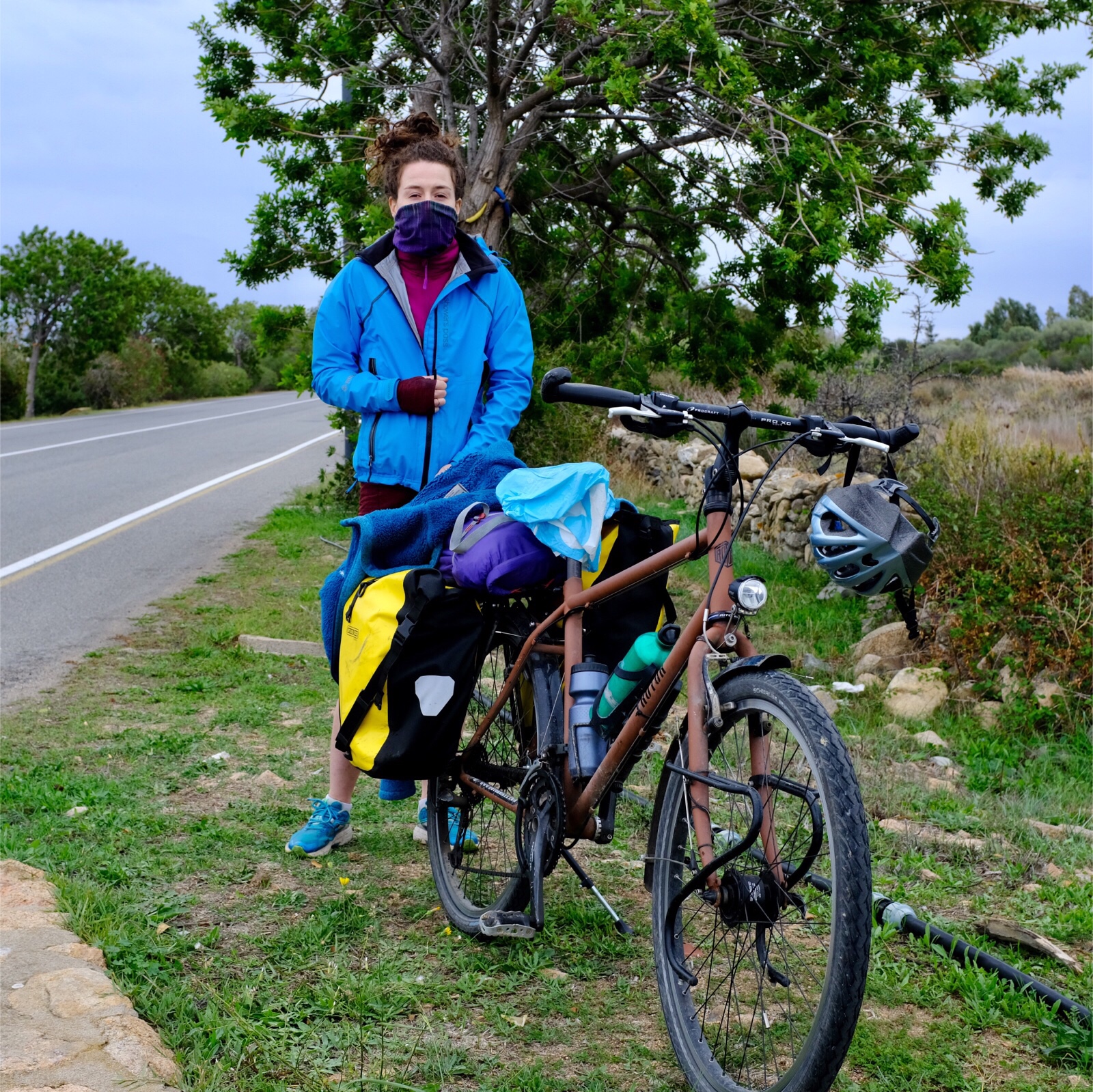 Arriving early, we decided to cycle a longer leg to Siniscola 70km south of Olbia, to spend a few rest days, cooking in a real kitchen and doing a day trip to the local beach. Unsurprisingly we had the beach to ourselves, nobody in their right mind would go swimming in November.

Dorgali was our next destination, conveniently nested between stunning mountains and fantastic sights. We came across a big map on the road sign with photos of a number of interesting places nearby and promptly planned our next few days based on these. First on our new wish list was Cala Gonone, a small village north of a coastal area with secluded beaches, difficult hiking paths and climbers dangling from impossible cliffs. All of it only accessible by foot.

For two days we left our bikes at the top and hiked along canyons (accidentally – not the real hike) and cliffs (following the route to a grotto). 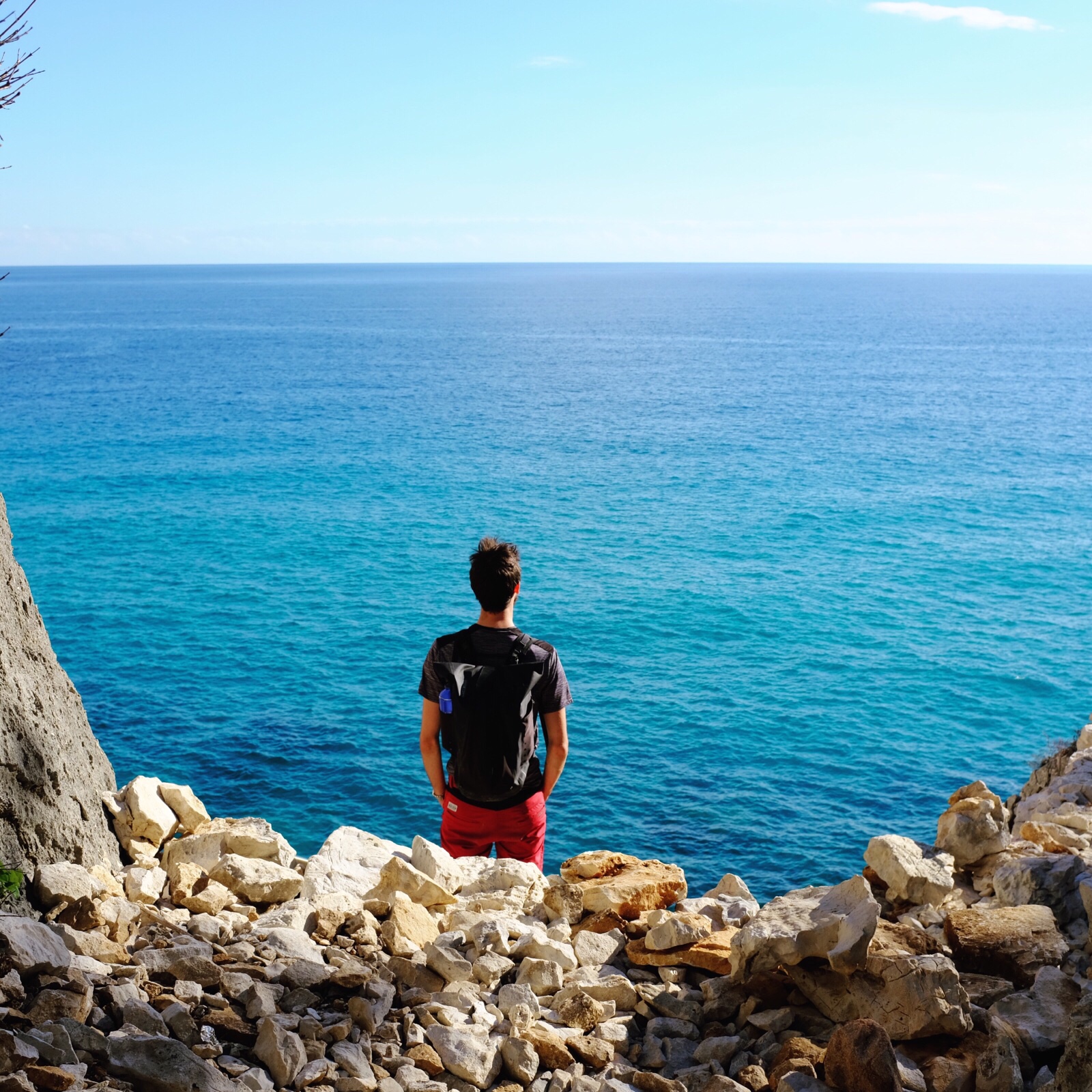 Back up a long 600 metre climb and past Dorgali we went straight back down again into the valley. Our goal was Tiscali, a mysterious ancient village, situated in a bowl like cave high in mountains. We were clearly not in season as the only people we met were a group of Spanish mountaineers, fully equipped in big Land Rovers, looking skeptically at us heading into the mountains on bikes. 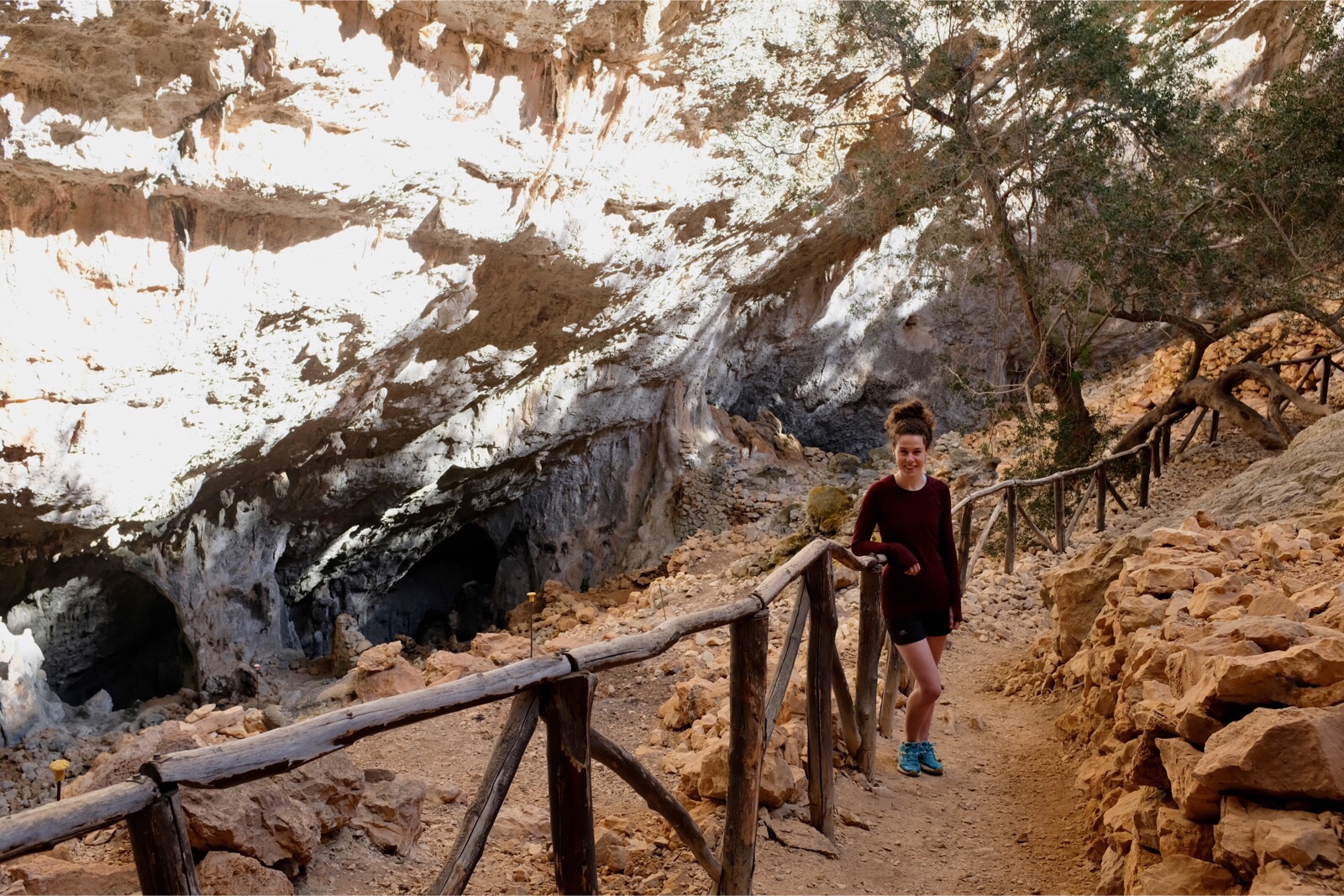 The ancient village was refuge to many. Huts directly carved into the stone date back to the stone age while ruins of more advanced constructions were hideouts for Sardinians when the Roman Empire knocked on their door. 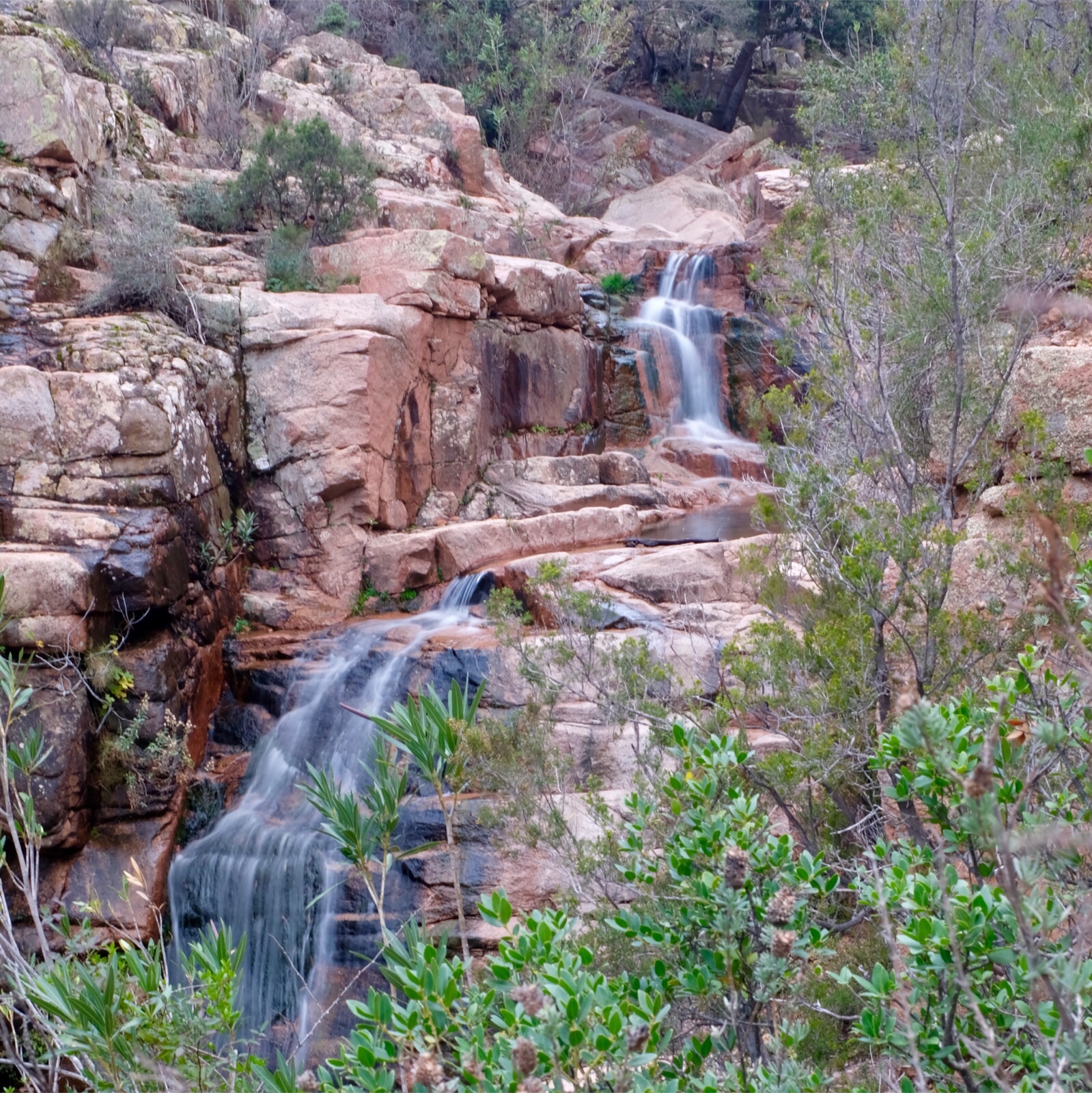 Back on the bike, a storm hit the next night. Not the best timing, as we were just on our way into the colder mountain regions in land. Temperatures went down to a frosty 2 degrees at night and the cold rain made the cycling unpleasant. We must have looked miserable grinding up the steep road towards Orgosolo.

An older man driving past stopped, swung his door open and said something in Italian, from which we only understood “cinque minuti” – “five minutes”. He disappeared and we continued riding up the hill, wondering what would happen in five minutes. Sure enough as promised he was back, opening the back of his Citroen Belingo and throwing our bikes, and us, into his car. The mountain flew by and another cinque minuti later we were sat in his kitchen with a hot coffee in our hands and our wet cloths on the heater while he was making phone calls arranging for us to join the family birthday lunch of his sister. In less than an hour we had gone from cycling in heavy rain to munching polenta and tiramisu with our new family. In their words: “Sardinians are the kings of hospitality”.

Our saviours Ottavio and his wife Carolina arranged a BnB in the village and invited us over for dinner. Until the storm passed we were not allowed to leave and were more than happy to stay, having great conversations through google translate and exploring Orgosolo, the city of murals. 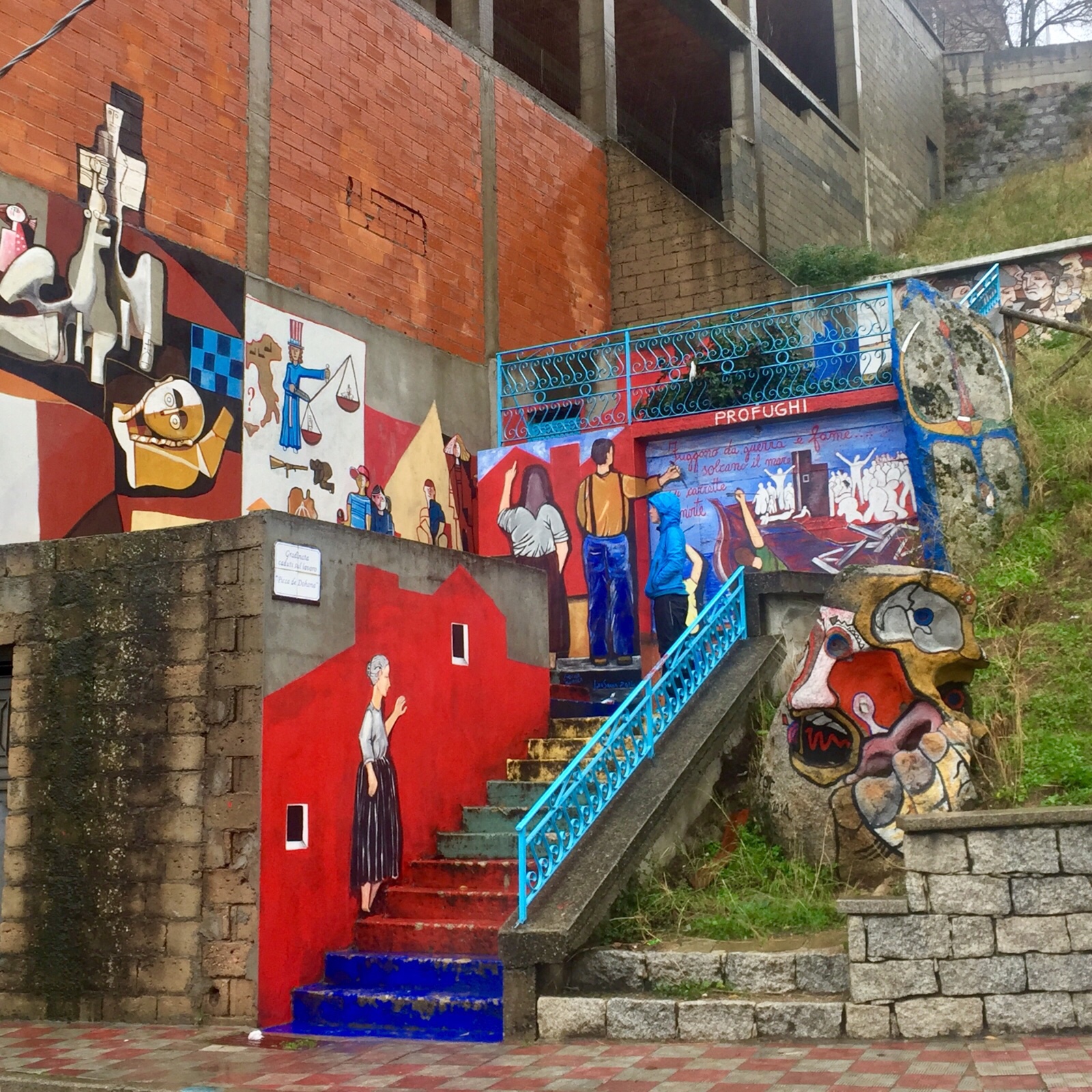 After 2 days the weather cleared up, yet Ottavio and Carolina insisted on driving us up the mountain to wave us goodbye as we headed to Tortoli and the warmer coast again. 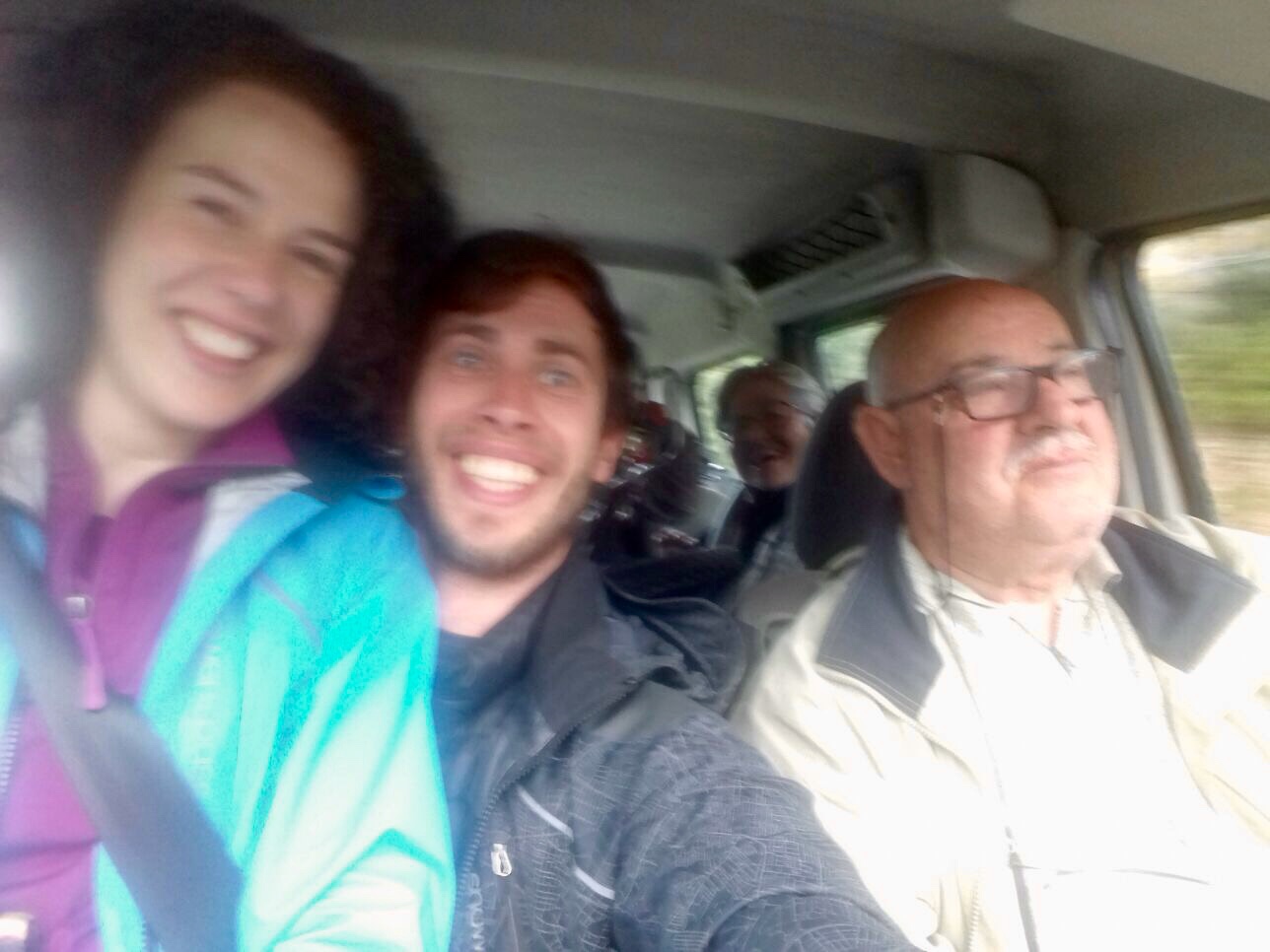 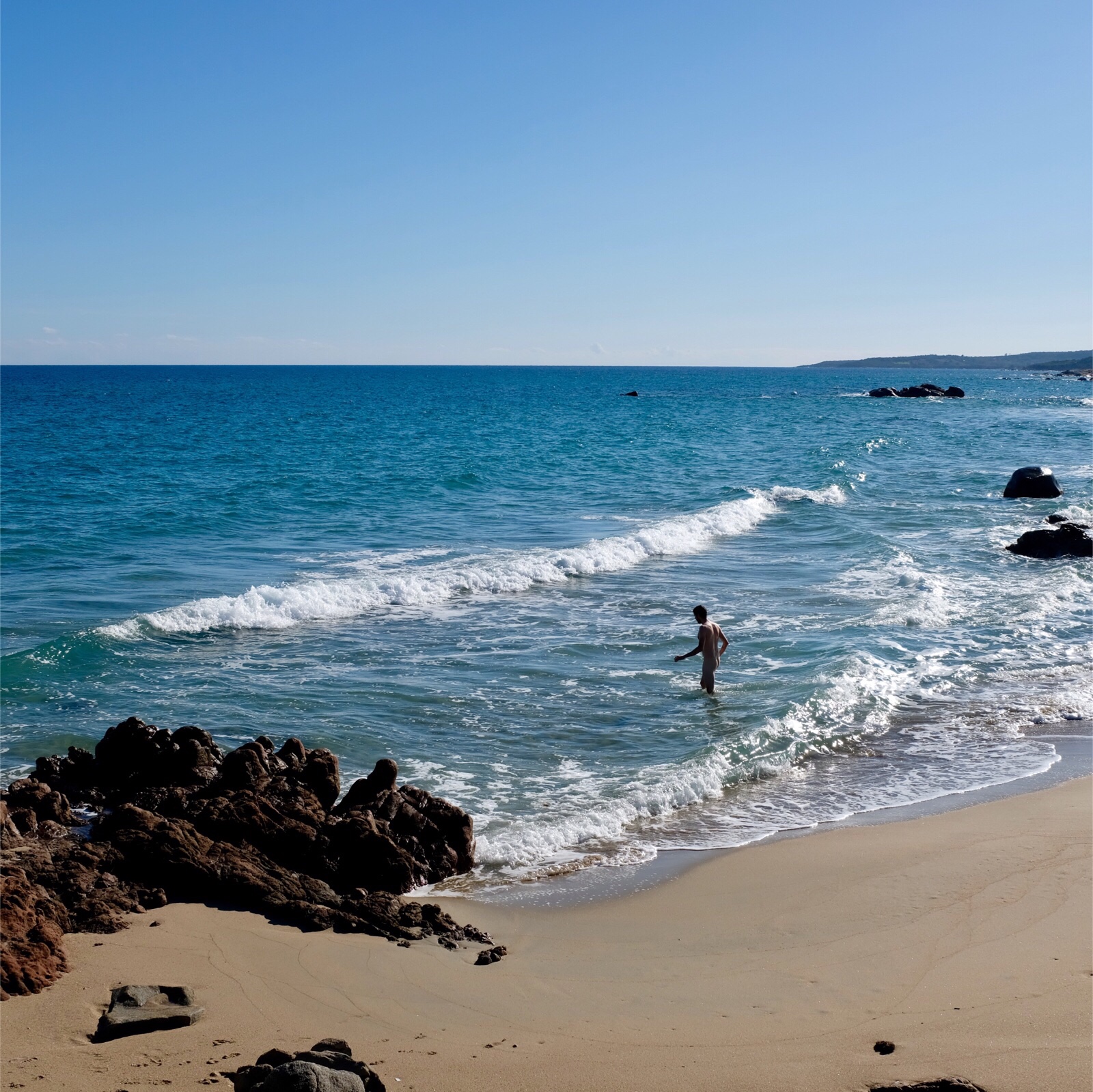 The weather was on our side and we took our time cycling along the South East. The rugged coast got smoother and we could have spent weeks on the white sand beaches, deep blue waters and the local wine grape Cannonau. Slowly but surely we were hopping from beach to beach towards the Sardinian capital, Cagliari. 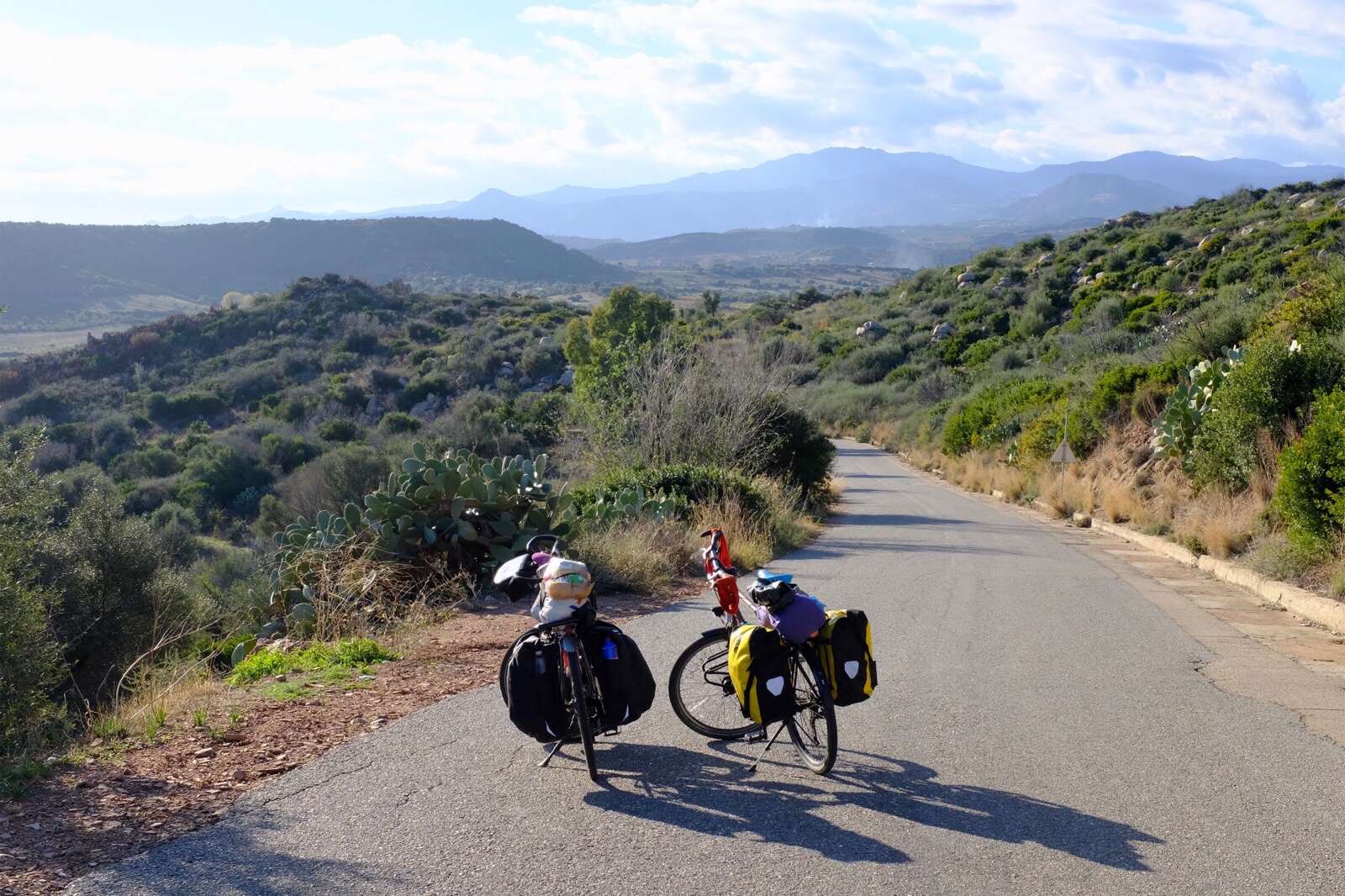 From here we would take a ferry to Palermo, Sicily. First though we wanted to see the capital and luckily Ricardo and his parents Laura and Antonello kindly offered to host us until our departure. Once again we enjoyed Sardinia’s (King) hospitality and took an oath to be back!